Legend(s) is a creation initiated in 1994 in Echirolles, a suburb of Grenoble, having to face a difficult coexistence of communities. The idea was then developed Sarajevo, at the time of the crazy logic of ethnic purification, then in Abidjan and Dakar, these suburbs of the world where coexistence was becoming unimaginable.

When elaborating « Legend(s) », Philippe Mouillon has in mind this sentence and the famous press photographs showing the women of so many countries in search of their lost son or husband, as well as this sentence from Gilles Deleuze: “We are always experiencing the confabulation of the other”.

He had witnessed city after city this new daily neighbourhood of a different scale, global, and he had felt an imperative to think out and invent new symbolic landmarks.

Legend(s) is a work of art in process: firstly, Maryvonne Arnaud portrays anonymous inhabitants. This gesture is achieved with such humility and such resolution that she is allowed to reach a rare quality of intimacy with the people she photographs. She tells them what she means to do straight away and quite simply. Her photographies are taken full face, quite close, so that each individual stands out freed from the social characteristics attached to this environment or clothes.

Ten portraits of men and five portraits of women are then chosen and sent to twelve writers who live further and further away from the place where the photos have been shot, as if on concentric circles framing the epicentre of the event.

The original prints, once in the hands of each writer, paradoxically generate intimacy as in a family album of unknown ascendants. Each writer, inspired by this proximity with the anonymous face can then write legends. All writers legend all the portraits: the result is a teeming multiplicity. This multiplicity is then recreated by associating the real-scale images and their legends.

Légende(s) carefully blends into amalgam the spectator’s fate, the writer’s experience of the world, and the impalpable reality of the photographed subject. Identity, usually understood as rooted, unique, sometimes atavistic, can be widened and diversified. Legende(s) thus opens a space where the singular can mix with the universal, allowing an insight in someone else’s thoughts. Someone else who is no longer a strange foreigner, but can be ranged among my folks. 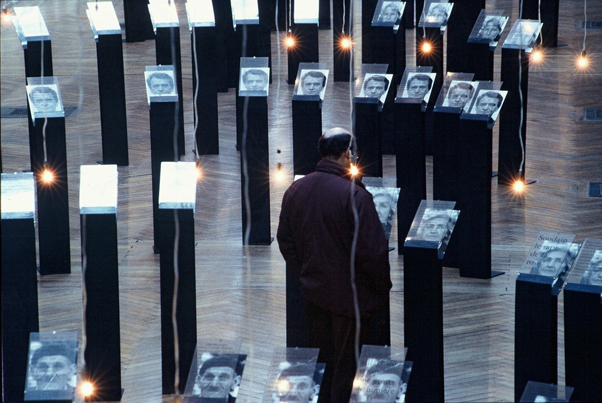 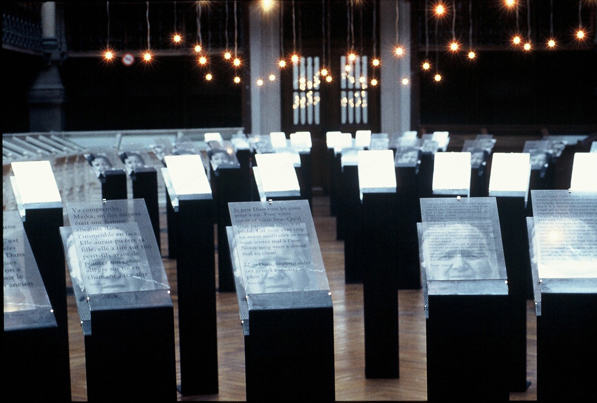 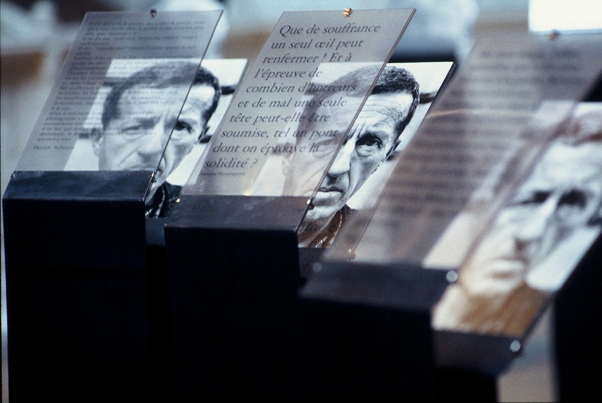 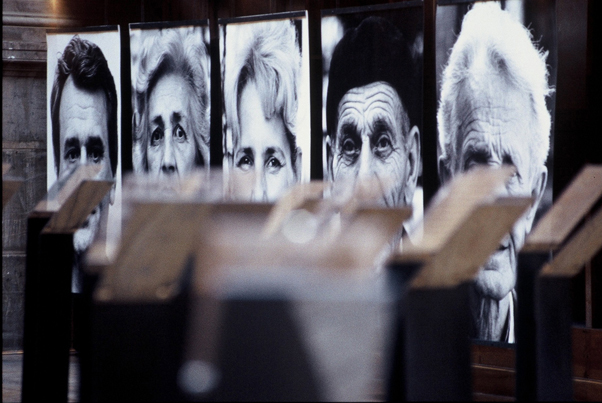 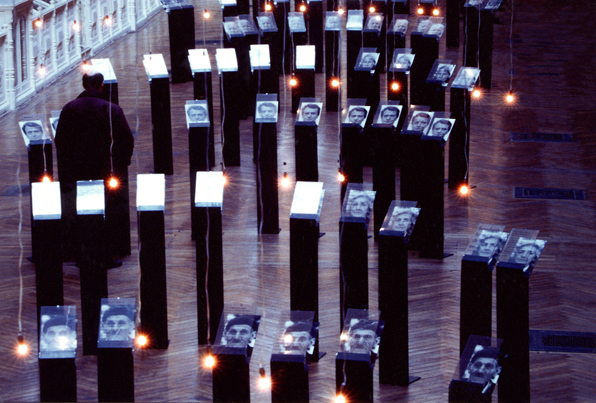 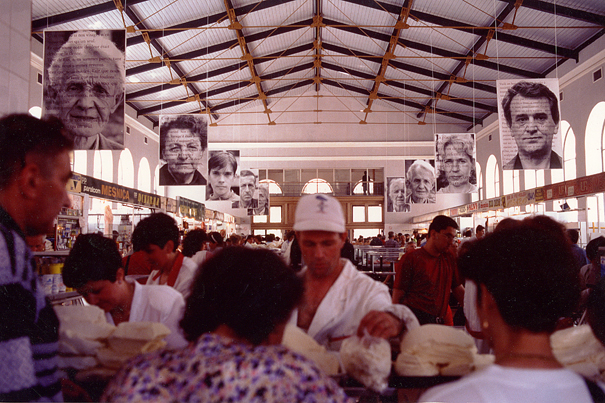 I know you can’t sleep at night; neither can I. I look for my lost generation. Most of us need time to live and dance, to play the dance of life rather than the dance of death, to find again what was lost and, besides, all that remains to be found.
In the shelters of Sarajevo, in the ossuaries of Srebrenica, under the boughs of Igman, I search for my generation, burnt to death.
Do not fear for my future. Help me find it.
Eqrem Basha

Close your eyes tight, as tight as you can, and imagine a rose. An ordinary rose, a red one, like those in the garden.
Remain thus for a while and then look again at reality.
Just like a soap bubble the imagined rose will vanish, with its leaves (where a few dew drops gleam) and so will its stem and the inconsolable sword-like thorns.
Of the rose nothing will remain but the scent, which will always enable us to close our eyes and dream this rose anew.
An ordinary rose, red, such as they grow in the garden, this rose I give you, unknown in Sarajevo.
Velibor Colic

In my eyes, the gloomy shadow of war. Must we live? Yes, we have to. But this life will be meaningless if, in peace, victims must be sacrificed again, the murderers rewarded again. This also depends on you who are staring at me.
Vidosav Stevanovic

A song of snow
behind the curtain of wind
Abdelwahab Meddeb 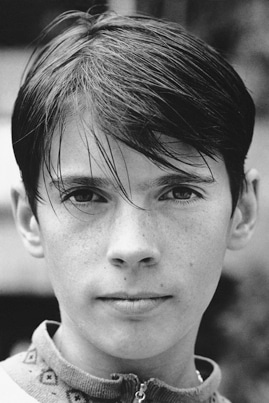 At first this child is handsome, with dark horizontal lines which frame his face, with his freckles, his dark eyes watching, with his long fringe scattered about. Is it a tiny chain, glinting in the hollow between his neck and left shoulder?
As handsome as a promise? The fringe however is slightly over refined, a little too sophisticated. He is a young western boy: one wouldn’t hesitate a minute to give him his skate board and walkman.
It is not evil to be a western boy. It is a mere dream of dignity and simple happiness, of comfort including toilet soap, when one has seen so many maimed limbs and so much rubble.
Besides what do we know of the child’s feet and hands? The promise is what we can’t see: the scar, the secret wound which perhaps he doesn’t know yet, the ingentive which will require him to achieve something.
Vaclav Jamek

Today there’s no school although it is Monday.
And yesterday we didn’t play basket-ball in the yard behind the blocks of flats.
The street is stripped and deserted. Last winter we cut all the trees.
It’s cold and it’s raining.
September has come again and again we have no school.
Velibor Colic

…They’ve opened our school again. Seated on our chairs we’ve counted ourselves. Hardly half of us are present. We’ve studied our mother tongue, physics and Latin…
Our school with broken windows, destroyed walls, cartridge shells, is surrounded by bags of sand. Today we’ve opened our school.
We’ve cleaned our yard from hatred and we’ve counted ourselves. We’ll go on…
Eqrem Basha 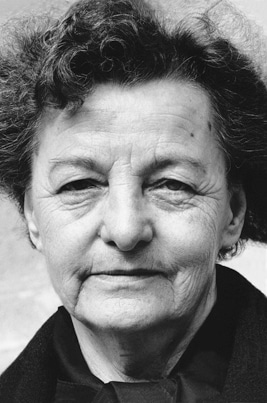 She is a mother. The milk that fed her children was the very substance of humanity.
The same for her body, when she was young. Her wrinkles today, her white hair, the aroma of the bread she baked, all this belongs to the human race. But there are offices, headquarters, clubs, secret meeting places where people think just the opposite.
Ismaïl Kadaré

How much suffering can a single eye encompass? And through how many horrid ordeals and evil trials can a single head be tested? Just like a bridge tested for its reliability.
Jasmina Musabegovic

He has gone away to somewhere else, singing a song whose sealed words have roamed among the ruins ever since the midst of times. Rising above the smoke and huddled together the souls eagerly look for the oxygen of this impenetrable song.
Demosthenes Davvetas

True, I saw little in Sarajevo, almost nothing. For instance I didn’t see the people queueing for bread under a shower of shells. Nor did I see the people killed while carrying water. Nor blood run and dogs drinking it. I didn’t see the neighbouring villages either, with their girls thrown into the river after they had been raped, nor the children run over by tanks, nor those tortured to death. No, in Sarajevo I saw nothing. Not even the little girl wounded by a sniper while she walked back from her mother’s burial. I suffered neither from hunger nor from fear. I didn’t see the people being driven mad living a nightmare from which they’ll never come out. I didn’t see the dead either, but I saw their tombs. The date of birth varied but that of their death was always the same. Because they had all died the last two years. I also saw the ruined houses, the post office building burnt down, and that crowd of cripples suddenly fill the streets. True, I didn’t see that war. But I saw its face. In Sarajevo, my love. I won’t forget.
Nédim Gürsel

Someone who has seen the war, one who has lived through the war, someone who has lost everything in the war and no longer hopes for anything, what does he ask for?
He doesn’t say: help me, listen to my complaint, come to my rescue.
He says: “Look at me” as a child does at nightfall.
Ringing in the cold silence, when totally forsaken, forsaken by all the powers and all aid, man’s final question in the distance echoes Job’s scream: “What sort of face was mine when my mother was not yet born? What sort of face is mine, if no one looks at me?”
Suffering is meaningless and will not be redeemed, people are unconcerned even in their demonstration of pity, the guilty will remain unpunished, and in the end, all will be forgotten.
He knows it.
Then he meets the gaze focused on him by the photographer’s lens.
But this gaze is in no way an answer;
it only makes visible, multiplied and heartrending, the last question of man, when he has relinquished all
“who am I when no one looks at me?”
Danièle Sallenave 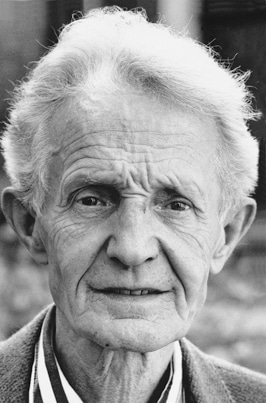