Better perceive and share the world to which we belong. This is the meaning of PAYSAGE> PAYSAGES, an attractor of initiatives developed on the 7,431 km2 of the department of Isère during the three months of a season, here in autumn 2016, then amplified by slipping a season to the other until the summer of 2020. The landscapes weave the close neighborhood and the horizon, circulating otherness in the local and intimacy in the distance.

Do printed maps still matter in our digital age? The availability of digital signal, the demand of real-time data, the omnipresence of telephone that become mobile-compasses, all are often thought to condemn paper. We now know that no map is true, perfectly precise or definitive. Like classic translations, constantly reworked, cartography is a translation amongst others, eternally incomplete and obsolete. Artists never aim to be neutral or exhaustive. Their approach toward scenery is by essence a refusal of the norm, the choice of a personal interpretation, a call to look differently at those landscapes we thought we knew well. Mappages assembles artists who approach maps as a means of expression rather than as orientation tool; questioning the pretence of maps as absolute things; a call to the “map of the day after“, that which would complete the experience of a territory never definitively documented. The French word mappe, old-fashioned and unusual, has been chosen rather than carte. Map and mappe both come from nappe (table cloth). Mappage is a mix between the map and the page: long live printed maps!

“Walking with satellites” is the result of a work carried out over three weeks, with the collaboration of 65 students equipped with GPS receivers; it is both an orientation tool and the story of a collective experiment. 475 kilometres were covered on foot over the 185 hectare campus, while avoiding all existing paths. Roads and buildings disappeared, replaced by loops and convolutions. Under Jeremy Wood’s direction, the Grenoble campus has revealed its unseen and delicate composition. It is a map made of methodical meanderings, second thoughts, day dreams and wanderlust. On the front of the map (the recto) we see the campus’ connection to the city, thanks to the crossing of the Isère, or the discreet presence of the buildings. The map printed on the back reflects a floating silhouette, almost primitive and wild, looming from prehistoric times. 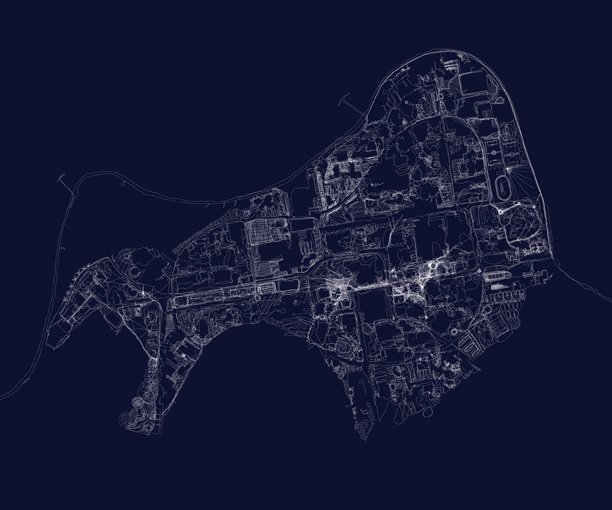 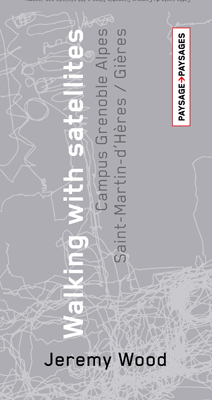 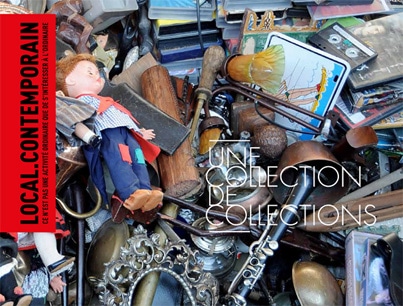 How do you best express your inner self, that is to say, make public what you know intuitively and feel deeply inside, so that someone else can seize it for his own self-enlightenment?

You are unsettled by this interweaving of a thousand little threads of knowledge that you had half forgotten, of a mix of flavours, of feelings apparently dormant or ill-defined. This, however, is precisely what does define a public space in the most political sense of the words. It’s at the crossroads, the point at which these harmonise, where we come alive in this world, where we define each other.

Sharing our most personal passions, as a Collection of Collections suggests, is to adjust the universally felt financial value by remembering our own value criteria, the incalculable value of the things we’ve loved in life.

A world of its own 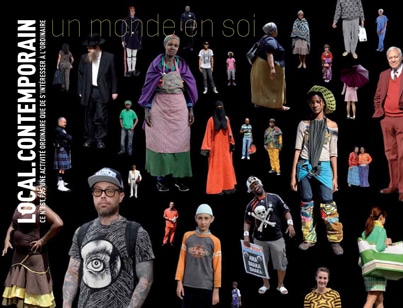 What does it mean to be a “human being”? How do you live up to this ever evolving notion metamorphosising before our very eyes, in amongst us and always growing? How do you conceive of or limit our idea of humanity in this era of globalisation?

Don’t let’s get hung up on any false or outdated idea of a human being: humanity lives in all of us in equal measure. This vague notion suggests that it is only ever shared by those with the same language or culture and consequently is implacably divided up. You cannot know what humanity is or could be, when you only have a little part of it, when you will only ever know the tiniest sample of it.

“Other people” boundlessly symbolise the enormous missing part which we must document and explore endlessly. The missing part is also a term used by scientists, when they call it antimatter, which we don’t know anything about, only having access to matter which to exist, needs the part that escapes us.

In our streets, as in the infinity of space, bodies express themselves and sometimes just skim past each other, at immeasurable distances from one another. How can you ever measure mankind? 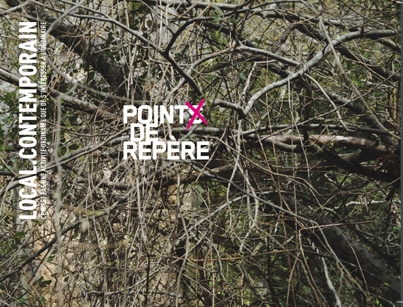 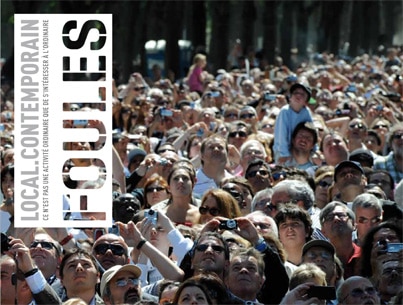