Museum of societies and sciences, the Musée des Confluences will be a multidisciplinary museum. Aiming to approach the complexity of the world, it will call on and mix the set of knowledge, in order to study and represent the contemporary stakes. It will dwell on the points of agreement or friction between the complex knowledge of the ancient or contemporary societies, which testify on the movement of ideas, of their emergence and of their reception.

In 2009, the Musée des Confluences entrusted Laboratoire with the conception and the realization of a multimedia ceiling aiming to collect, at a world-wide scale, the abundance of contemporary symbolizations and social practices in order to represent them for a worldwide audience.

This complex and dynamic object  heckles and oxygens our representations. It builds a global neighbourhood articulating contemporary identity attachments, questioning the emergence of hybrid forms, and it will assemble the familiar and composite circle of our daily environment with the radical, opulent and unstable otherness of the world system.

Times and references are exchanging, unknown attachments – some scholars, others stunned – are tinkering, behind the local scale of subjects apparently rooted in a stable identity, situated in necessary time and space.

These hybridizations upset and renew the anchors of identity and inherited forms. Millennia stabilities fade or exacerbated, they become embedded in blurred forms of identity or reject them, they go across Brownian turbulences where they mix, panic, tame or disappear for a new millennium.

The visitor is immersed in an asynchronous set of projections that combines the results of a collection disseminated on the planet, in which  Maryvonne Arnaud has conducted a photographic encyclopaedia of attitudes and postures of today, a corpus digitally assembled then put into motion illusion by an assembly of 30 images per second, as well as a polyphony focused on the voice textures in multiple languages,  assembled randomly by a program developed by the composer Bernard Fort.

With the support of the GMVL 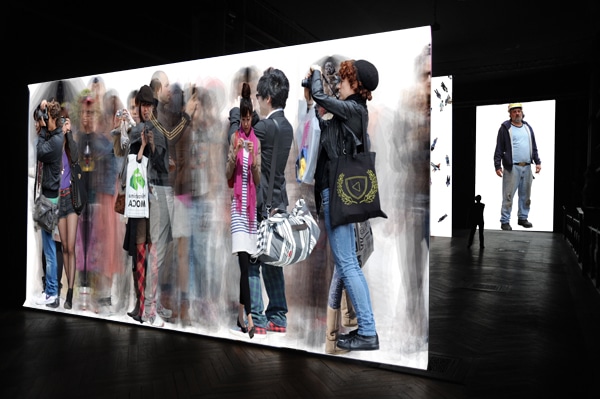 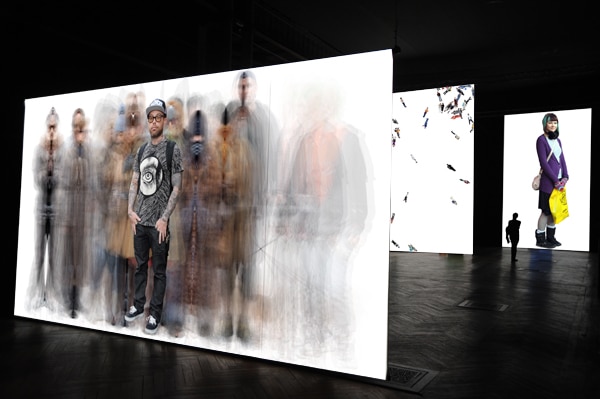 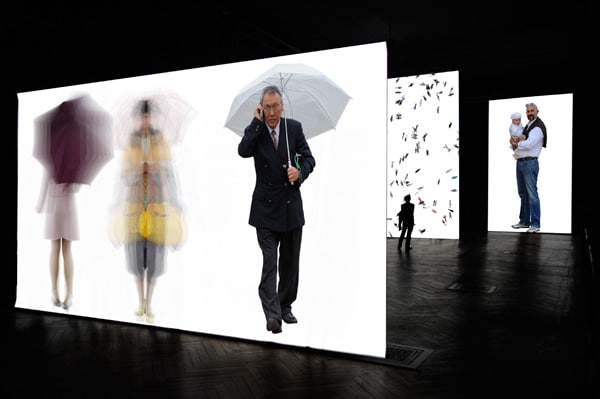 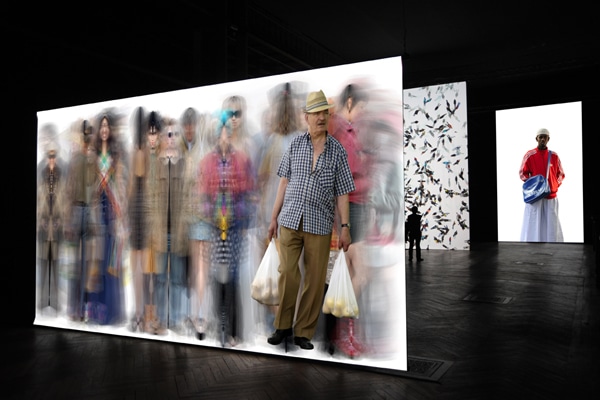