The point for Maryvonne Arnaud was to meet a new audience, as common as the street’s one, but following the thread of a discreet process where one would be given time to discover each detail, each uncertainty or hesitation of the matter.

Taking place in a flat located in a large public housing unit, this exhibition looks like a question. A flat without inhabitants, only occupied by daily objects, which are fixed, covered with sheets, either immaculate or printed with photographs. These images also overrun the floor and the walls; they become wallpapers and carpets.

Bulky images in a flat cluttered up with bulky objects – as one’s furniture that doesn’t fit a new apartment after moving, either because the presence of the previous inhabitants is still too strong or like uncertain objects, from here or there, both present and absent, material or symbolical, that one would have carefully protected and veiled.

We can settle in this apartment, touch the furniture, open the fridge and hear then other sounds than the neighbour’s ones: the noises of Algiers, the distant sound of the markets, the conversations in the apartments of Belcourt or Bab El Oued, where Arabic and French languages inextricably mix. 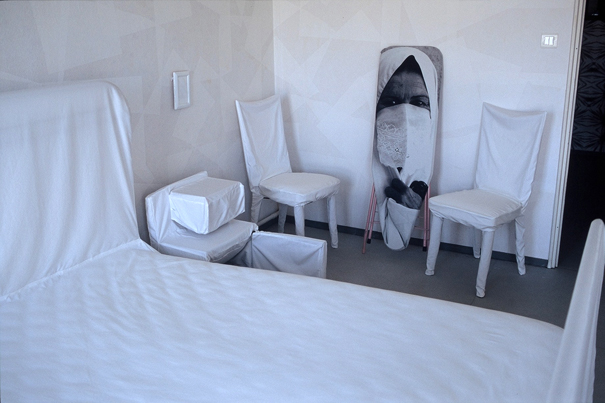 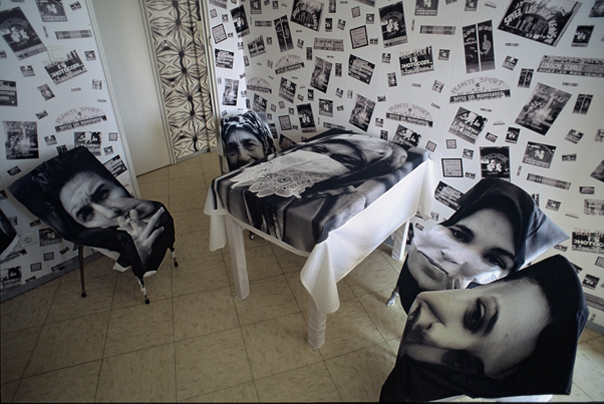 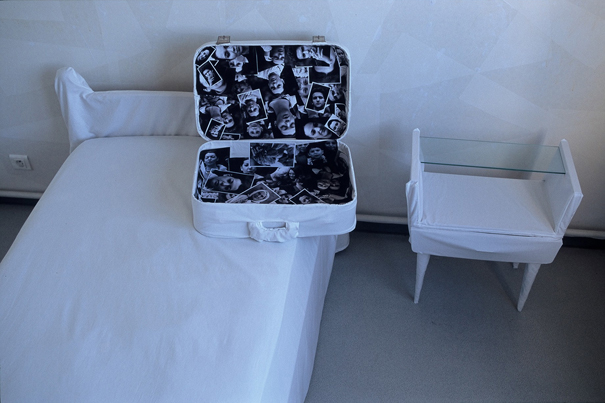 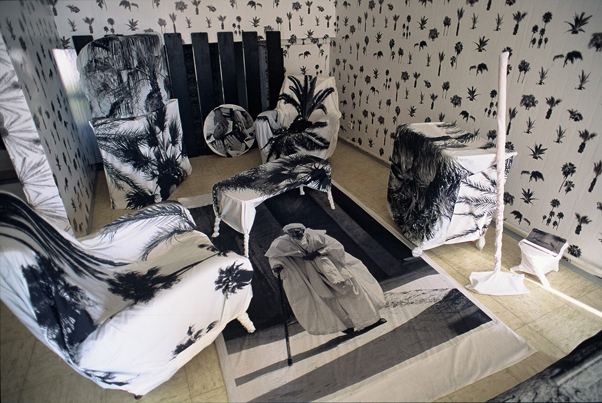 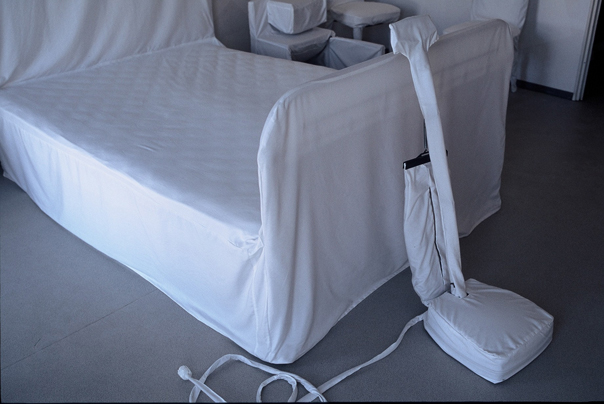 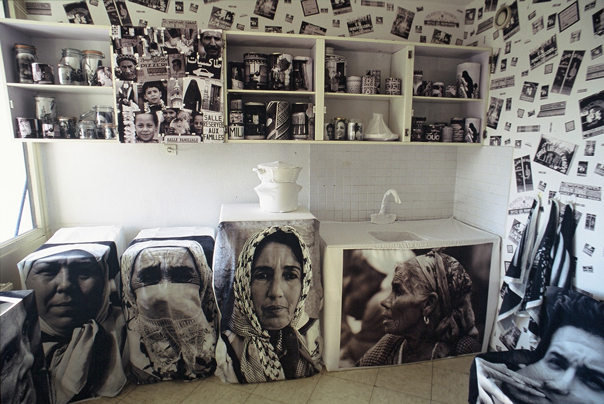 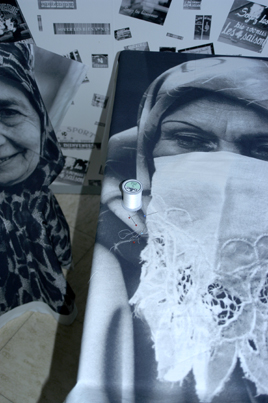