Situated 2000 meters from the Vieux-Port area, the tunnel extending the Boulevard National is both a gateway to and a link between the various districts of Marseille. Railway track acts as a physical and symbolic boundary between the powerful Haussmann district of Longchamp and the highly degraded popular area of the National boulevard.

Every day, countless walkers, cyclists and motorists confront this space, since crossing it worries, burdens or defines people. But  it can also detach the passer-by from his daily life, and lead him into a new experience. Even if it makes you uneasy, the place can also evoke – according to everyone’s imagination – the Lourdes grotto, the sky, Plato’s cave or a shadow theatre.

Invited to Marseille for the European Capital of culture 2013, Maryvonne Arnaud and Philippe Mouillon chose to emphasise the potential of the place to obtain an urban scale setting which pulsates with unexpected trajectories, wandering lines and escapism.

The artistic gesture takes advantage of social and generational differences, whether symbolic or aesthetic, to invite them to mingle together.

Just like so many natural caves turned into shrines, this tunnel  becomes the receptacle for contemporary ex-votos that draw far beyond the local tradition; they cross cultures, symbolic systems and history in order to build a poetic craft made of words, fragments of hopes and fears, untold tremors and fragile flashes.

Each wish is a kind of dedication, a gift offered up to everybody: I offer my city and my family, and all the unknown, a publicly declared desire, shared here with everyone, creating a community founded on the history bound up in the place. 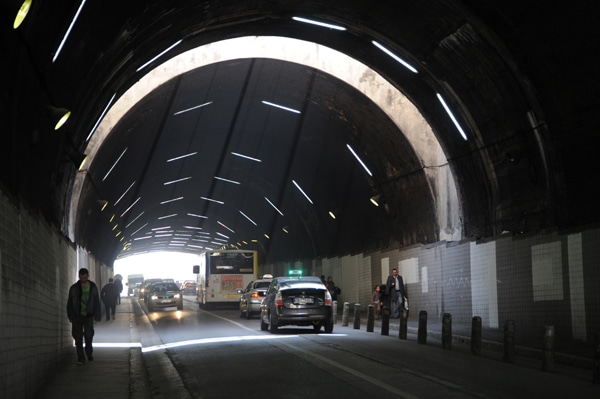 Our votive offerings draw far beyond the local tradition; they cross cultures, symbolism and history in order to build a poetry of words, fragments of hopes and fears, untold tremors and fragile flashes assembled whenever we meet during the course of a year living in the city. Here are a few examples:

I wish to see the end of the tunnel and find the exit.

I’d like to be back in time and start again with what I have in my head today.

I want to be given another twenty years to live.

Clear my head and think about something else.

I would like the boys to find me beautiful.

Have a work permit.

I’d like to find the bright star I lost here.

I wish mankind out of chaos, quick! Including me. 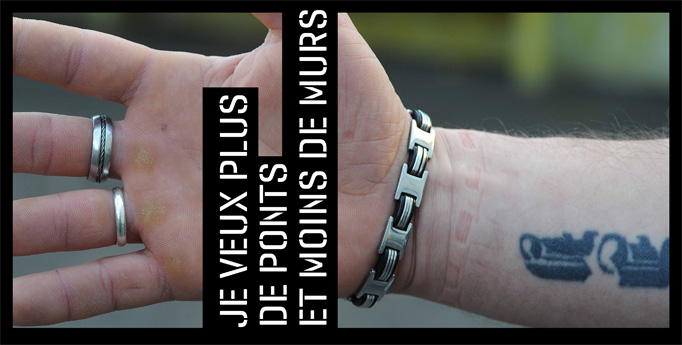 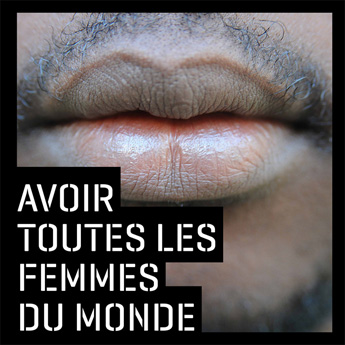 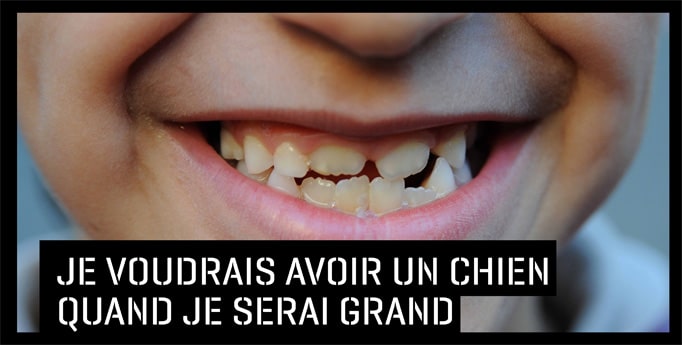 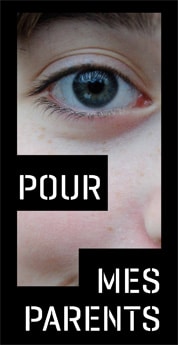 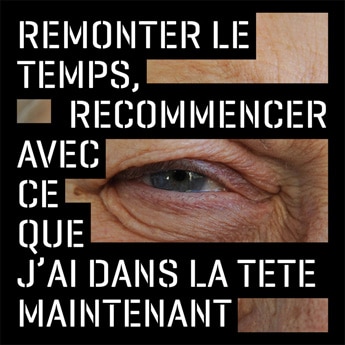 The originality of the piece, Ex-voto, beyond its huge presence, is based on the systemic nature of social interaction and meeting of minds that happens when a work of this nature is undertaken. This strategy of including the originality of each of our lives in a local context combines in fact a territorialized memory with de-territorialized and amnesic customs – those of first-time users. It attempts to revitalize the city, as our paths cross and new generations come along, as has been the case since the dawn of time, in order to produce a local organic fabric, a singular and individual fabric. 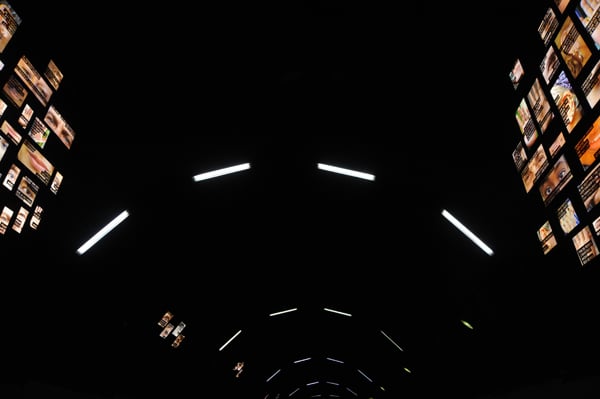 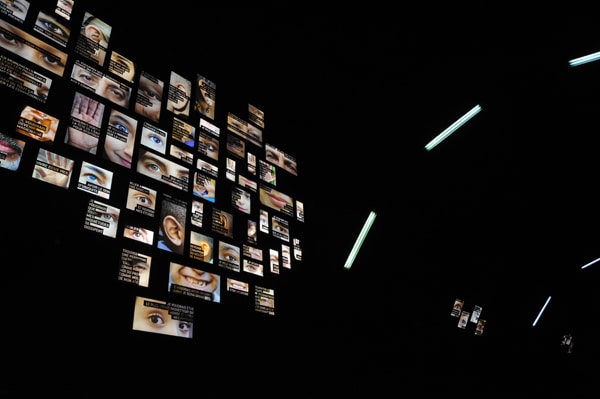 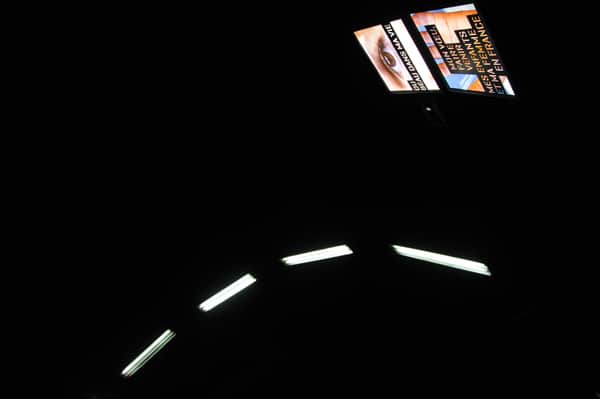 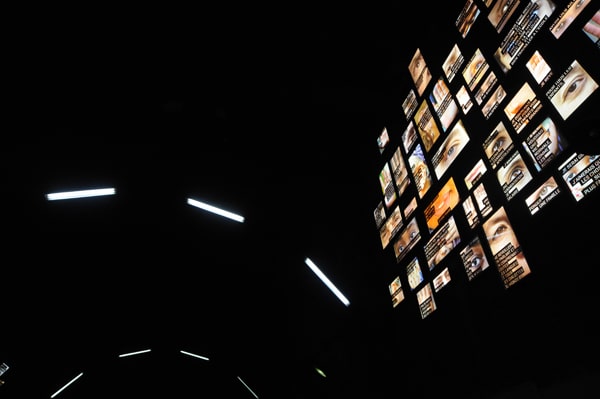 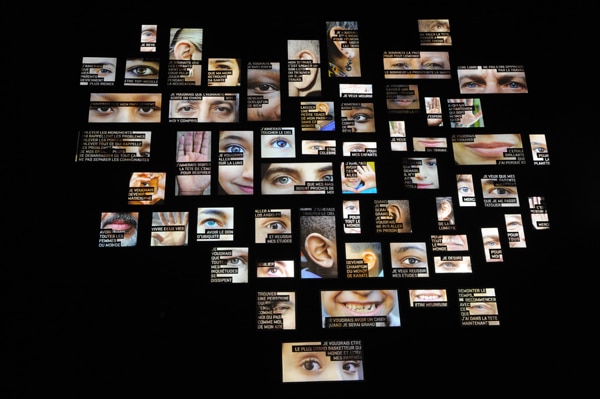 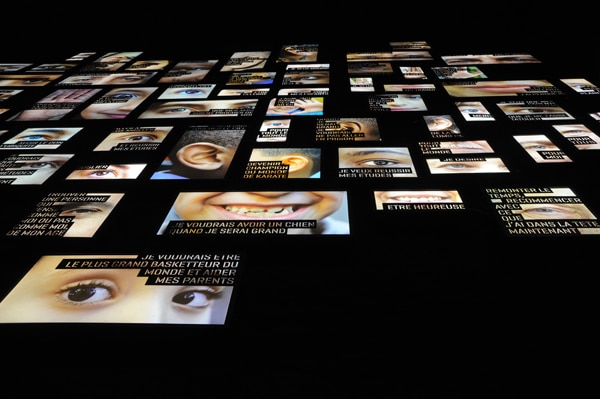 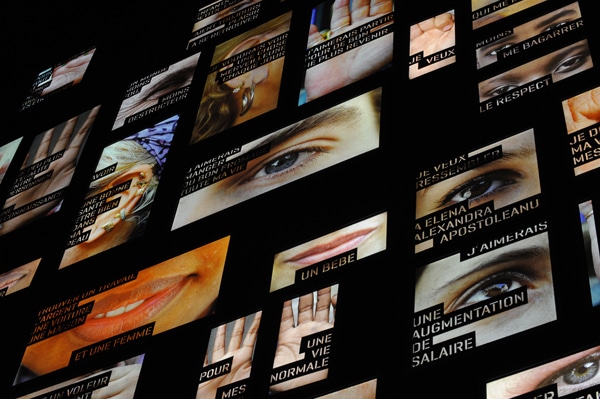 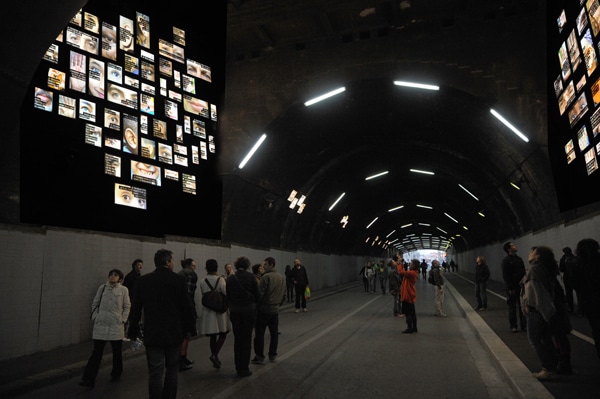